Those who settled on the archipelago 3,000 years ago – and Tonga shortly after – travelled from farther away than previously believed, scientists say. 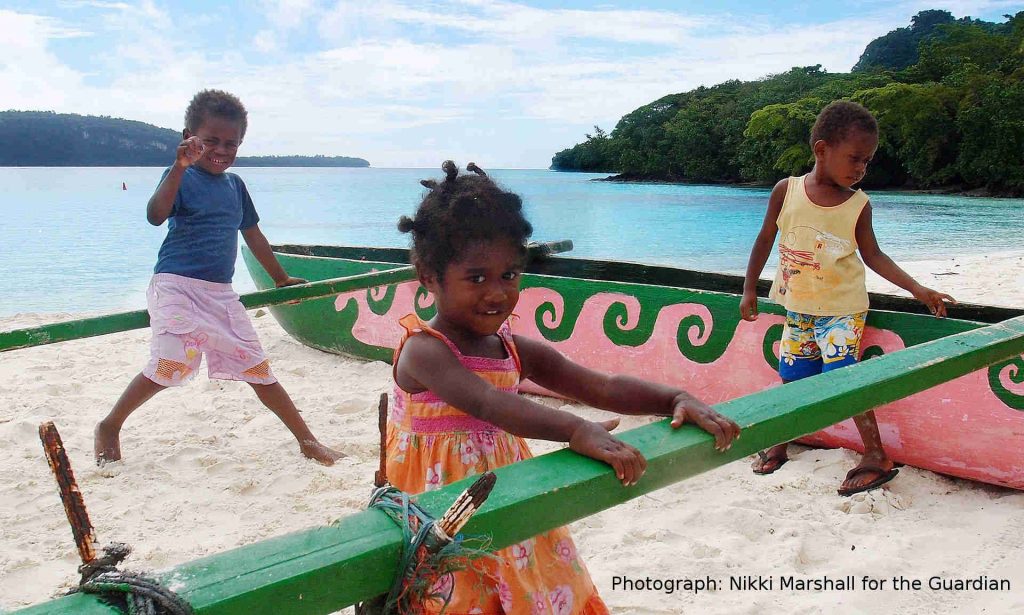 Children play on Champagne beach, Espiritu Santo, Vanuatu. A new study has found that the country’s first people came from Asia rather than neighbouring Pacific countries. Photograph: Nikki Marshall for the Guardian

The first inhabitants of Vanuatu hailed from Taiwan and the Philippines rather than the South Pacific island nation’s much closer neighbours, scientists have discovered.

A study by scientists at the Australian National University of ancient DNA taken from three skeletons excavated from Vanuatu’s oldest known cemetery revealed that the first people arrived about 3,000 years ago.

A study by scientists at the Australian National University of ancient DNA taken from three skeletons excavated from Vanuatu’s oldest known cemetery revealed that the first people arrived about 3,000 years ago.

Rather than moving from neighbouring countries including Australia, Papua New Guinea or the Solomon Islands – where people have lived for between 40,000 and 50,000 years – Vanuatu’s original inhabitants came from much further north in Taiwan and the northern Philippines, the scientists found.

“The people of Vanuatu today are descended from Asia first of all,” said research professor Matthew Spriggs, of the ANU’s school of archaeology and anthropology. “They travelled past places where people were already living, but when they got to Vanuatu there was nobody there. 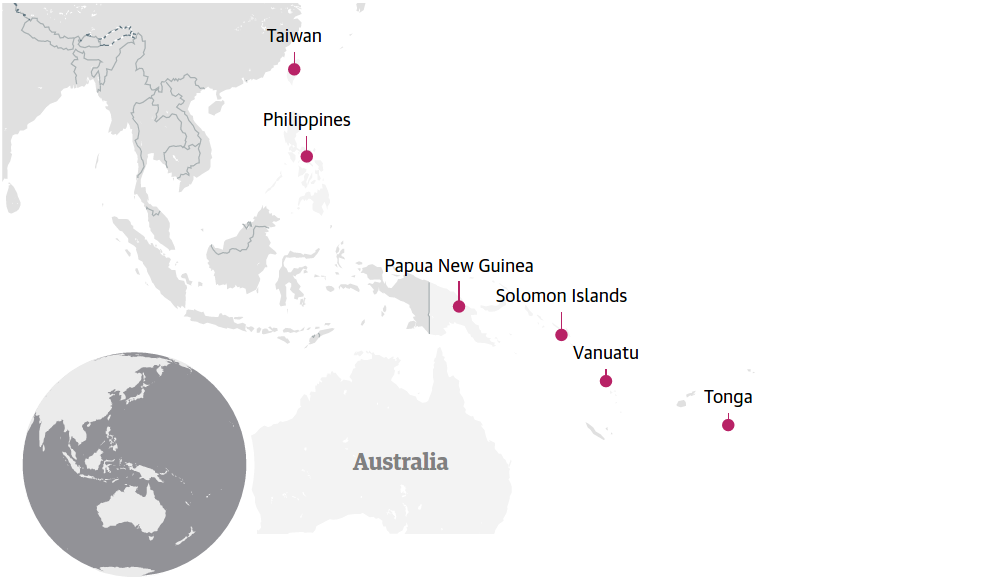 “Only some time later did they intermarry with Papuan peoples to produce the genetic mix we see today in Vanuatu, and indeed across the Pacific.”

Details of the scientists’ findings were published on Tuesday in the scientific journal Nature.

Dr Stuart Bedford, of ANU’s college of Asia and the Pacific, said debates about the origins of Pacific islanders had raged for centuries, particularly about the Lapita people who first colonised islands stretching from Vanuatu to nearby Tonga.

“It demonstrates the enormous potential for these sorts of studies but these data have already provided an extremely important piece of the puzzle,” he said.

Ancient DNA of a sample from a Tongan cemetery confirmed that the same group of people became the first inhabitants of Tonga only slightly later.

“This is the first genome-wide data on prehistoric humans from the hot tropics, and was made possible by improved methods for preparing skeletal remains,” said Dr Ron Pinhasi at University College Dublin, a senior author of the study.

A team led by researchers at Harvard Medical School, University College Dublin, and the Max Planck institute for the Science of Human History led the DNA analysis.

“The unexpected results about Oceanian history highlight the power of ancient DNA to overthrow established models of the human past.”

Vanuatu was part of the Tongan empire from the 14th century, and ruled by the English and French after missionaries settled there during the 19th century.

“A particularly striking finding is the different ancestry observed on the X-chromosome, which is inherited mainly from females,” said lead author Dr Pontus Skoglund of Harvard Medical School and Stockholm University.

“This reveals that the vast majority of the ancestry from these open-water pioneers that survives today is derived from females, showing how DNA information can provide insights into cultural processes in ancient societies.”

The Guardian(Australian Edition) contributed to this report