The Director General (DG) of the Ministry of Agriculture, Livestock, Fisheries, Forestry and Biosecurity (MALFFB), Moses Amos, said 1000 tonnes will be exported to USA while 500 tons will get go to NZ. 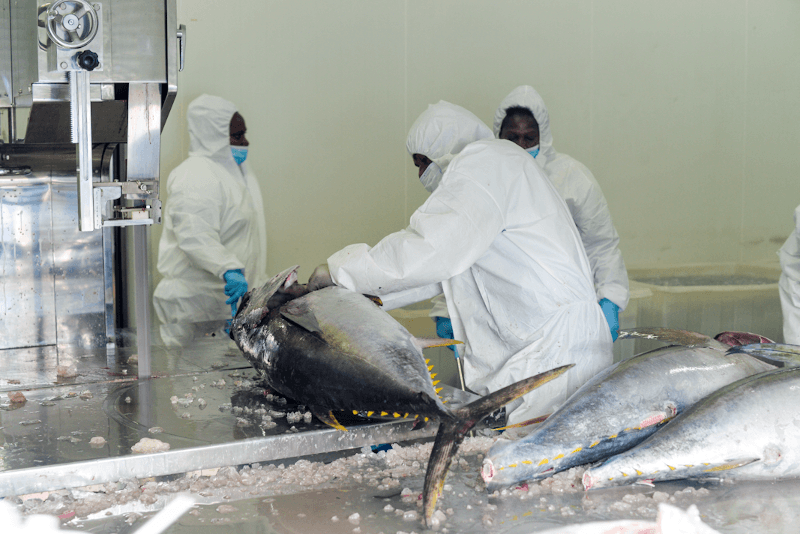 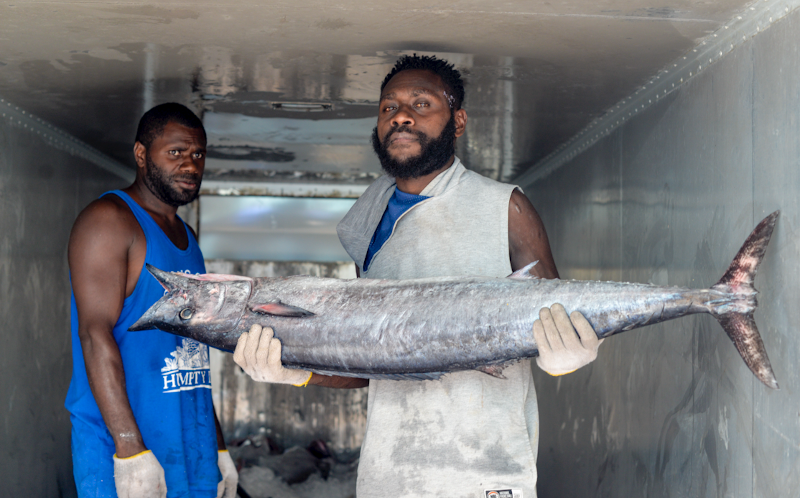 “We have pre-booked an extra space with Air Vanuatu to transport the tuna to the two markets this Saturday (today),” he announced to the audience at the Sino-Van Project launching yesterday.

DG Amos who is also the Chairman of the Sino-Van Committee said once the government approves the Tuna Management Policy amendment, all tuna caught in Vanuatu waters must be offloaded in Vanuatu.

“All foreign vessels fishing in Vanuatu’s Exclusive Economic Zone (EEZ) must abide to the regulation and land their catch in Vanuatu,” he said. 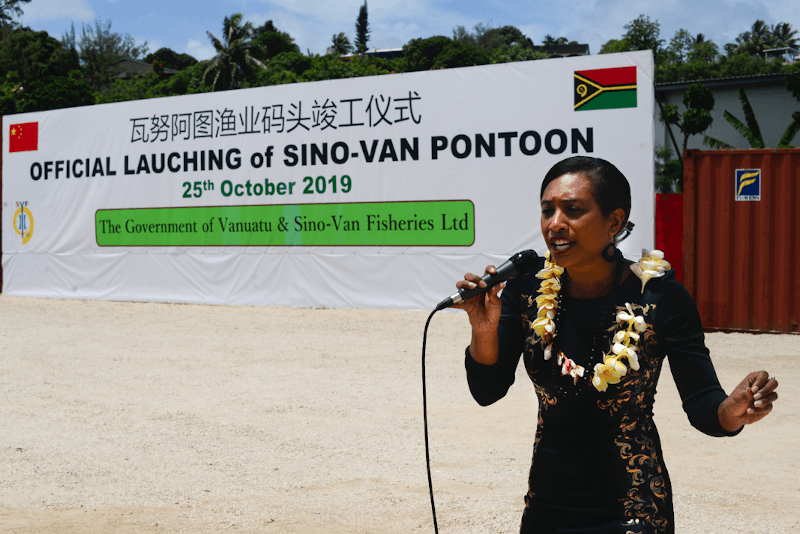 In his official speech, Prime Minister (PM) Charlot Salwai said the government is looking at reform to ensure that priority for fishing vessel license is given to Sino-Van to maximize benefits and increase local fishermen participation.

Currently, the number of fishing vessels engaging in Vanuatu’s EEZ stands at 70. The reform will allow Sino-Van to own and operate 66 of those vessels, said DG Amos.

At the moment, Sino-Van has six vessels. Around 40 tons of tuna is expected to be unloaded per week. It takes about one week for a vessel to unload and return to sea. 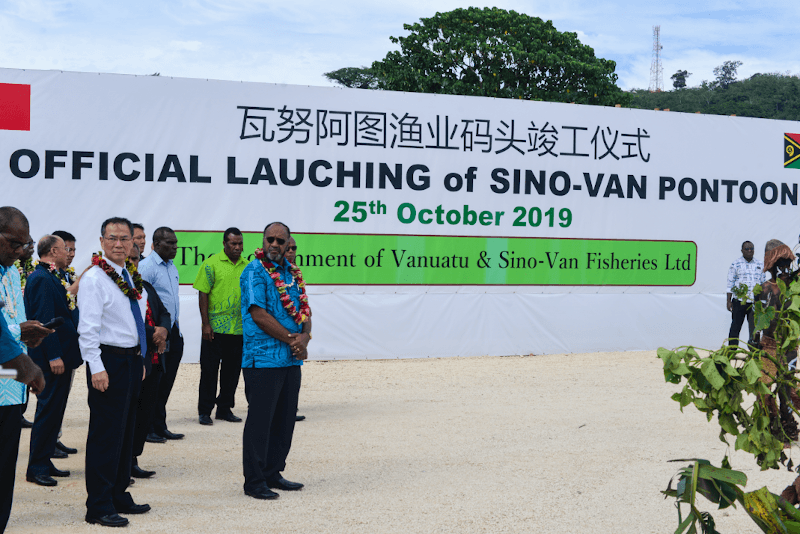 PM Salwai said the fish plant will contribute to the achievement of the National Sustainable Development Plan (NSDP) by generating income and employment, improving food security and well-being of the people.

“A lot of our resources comes from fisheries sector. Around 8,000 metric tonnes of tuna worth billions is produced in Vanuatu water every year. 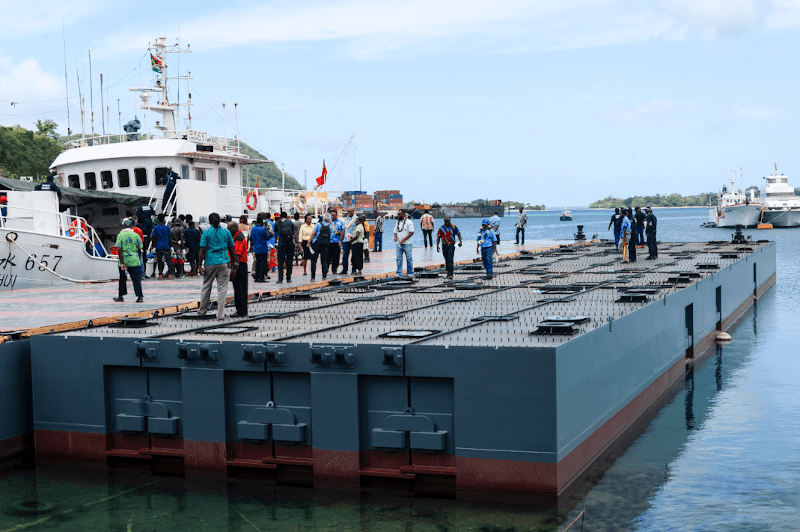 “We have been benefiting 5.2% of it from the foreign fishing licence.

“Vanuatu lost an estimated 256,000 metric tonnes of tuna worth Vt128 billion in the last 32 years since the closing of the South Pacific Fishing Company (SPFC) at Palekula in Santo.

“Not only tuna but we also lost our employment opportunities and our food security. Establishing Sino-Van will allow us to gain back those benefits,” he said.

PM Salwai joined the Minister of Fisheries and the President of the China National Fishery Cooperation (CNFC) to launch the new fishing pontoons at Paray Bay where the first unloading of tuna was done.

Around 2 to 3 tonnes of yesterday’s by-catch will be sold at the new Fish Market at Manples Area for local consumption. 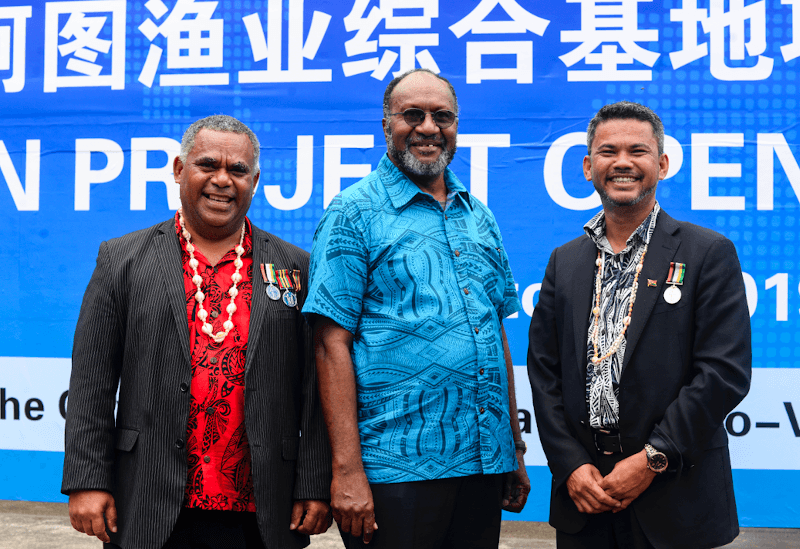 The launching ended with a site visit to the Fish Processing Plant at Prima area where the Head of State, Obed Moses Tallis, joined the delegates on a site tour to see how tuna is processed after being transported from the wharf.