Australia is known for endless beaches, koala bears, kangaroos, cattle and mining plus tourist hotspots like the Sydney opera house and the Sydney harbor bridge.  There is also one more Australian tourist attraction, The Australian Vineyards with clearly defined state by state wine growing areas like the famous Barossa in Southern Australia the Yarra valley in Victoria and the Magic of the Burnett in Queensland so on…..

Richard and Brian talk to Dan Traucki who lives in South Australia arguably the most famous wine state in all of Australia. Originally trained as an accountant in Sydney, he found his calling in the Australian wine industry and today is considered an leading expert in wineology.  This is a hands on interview where you will discover what these Aussies are really drinking.  And, beer is being replaced by wine!

Learn how massive this new viticulture industry is down under.

Ray White principal, Anthony Fahey, a industry recognized star in the Adelaide real estate market and a master auctioneer from the beautiful Henley beach suburb, will fill us all in on his patch of beachfront that faces the west and what great buys he has to offer at present.

This weeks show is sponsored by Australian wine exports limited 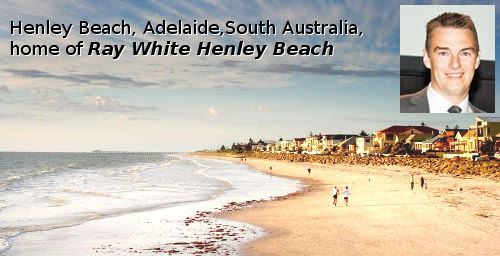