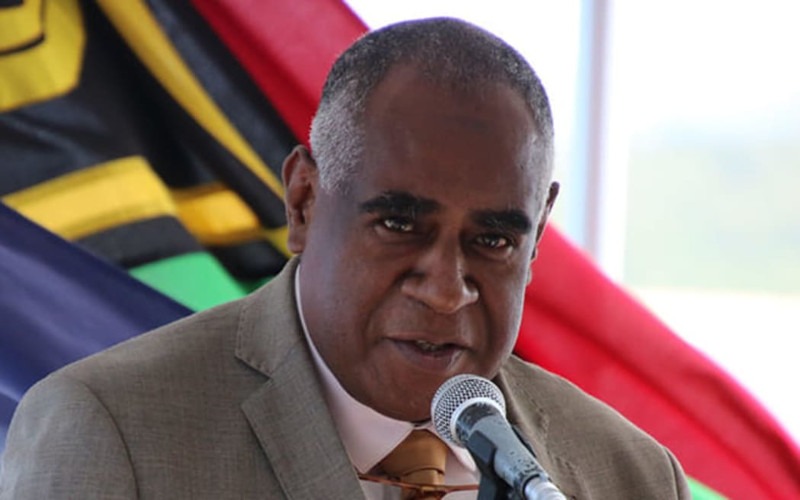 Ishmael Kalsakau has been elected unopposed as the 13th Prime Minister of the republic of Vanuatu by secret ballot.

Kalsakau was elected by the 52 members of the country’s parliament on Friday 4 November.

“Thank you, thank you for the election,” Kalsakau said after the vote.

The former prime minister and president of the Vanua’aku Party, Bob Loughman, stood up at the session and said his group had no candidate to put forward for prime minister but would vote for Kalsakau.

Under the national constitution, a prime minister must be elected by a secret ballot even if standing unopposed.

Kalsakau was elected by 50 votes, with two invalid votes. At the time of his election the new coalition government led by Prime Minister Kalsakau was composed of eight political parties and no independents.

About The New PM

This is Ishmael Kalsakau’s first time as prime minister of Vanuatu. He was deputy prime minister in the last government. Kalsakau is a lawyer by profession. Before his involvement in politics, served as the Attorney-General of Vanuatu. 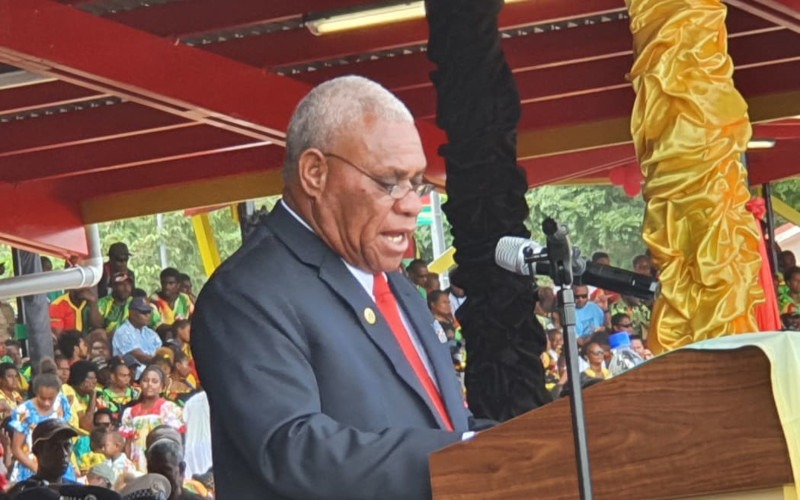 He originates from a small island in Port Vila Harbor, Ifira and went to Malapoa College. Kalsakau is the younger brother of the Paramount Chief of Ifira, Matoi Kalsakau. He is not the first prime minister from Ifira.

This honour is held by Barak Sope who was prime minister from 1999 to 2001. Kalsakau and his soon to be formed cabinet step into their roles at a crucial time for Vanuatu as the heavily tourism dependent country emerges from the pandemic.

His priorities will be spelt out when the government is fully cloaked, he said in an interview following the first session of parliament.

Elected representatives from both camps emerged from coalition talks to take their oaths at the first parliamentary session.

It follows last month’s snap election which was triggered by the dissolution of parliament on 18 August on the eve of a vote of no confidence in the former prime minister Bob Loughman led by former opposition leader Ralph Regenvanu.

In the lead up to today’s sitting Regenvanu’s camp had strong numbers, with 30 MPs on his side. 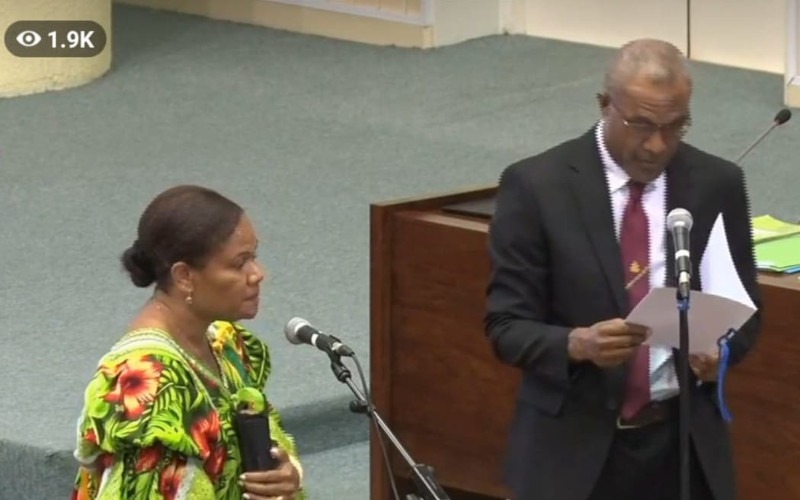 But before stepping foot in parliament the consensus was that Ishmael Kalsakau be put up to lead the government, Vanuatu Broadcasting Corporation senior journalist Simo Warijo said.

On the floor, empty seats were noticeable on Bob Loughman’s side.

Despite Kalsakau’s landslide victory Loughman walked into parliament with 22 people in his camp.

Rapturous applause filled the house on Friday morning as Gloria Julia King, the only woman MP to be elected to Vanuatu’s parliament since 2008, stepped up to take the first oath.

“I King Gloria Julia, having been elected member of parliament, do swear that I will bear true faith and allegiance to the republic of Vanuatu…”

King has also been appointed third Deputy Speaker a significant role for a first-time MP.

The former Speaker of Vanuatu’s parliament, Seoule Simeon has been reelected by the new MPs. He is the MP for Epi constituency and was nominated by former prime minister Bob Loughman’s coalition.

His contender for the job was MP for Port Vila constituency Ulrick Sumpton who was nominated by former opposition leader, Ralph Regenvanu’s camp.