Over 3,000 March to Celebrate 150 Years of Adventist Education 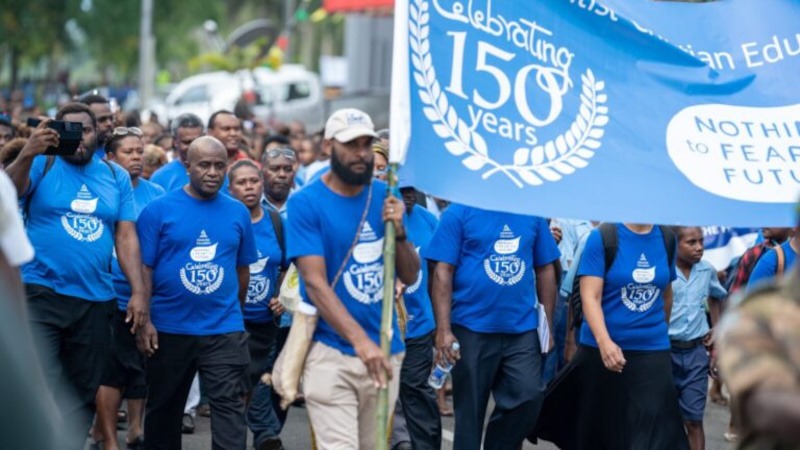 More than 3,000 people marched through Port Vila, Vanuatu, on August 12 to celebrate 150 years of Adventist Education. Those joining the celebrations included Vanuatu Mission (VM) and ADRA staff; students, parents, and staff from all five Adventist schools based on Efate Island; leaders of other denominations; and national and local government officials.

Leading out the parade were the Vanuatu Mobile Force (VMF) and the Comforters brass bands, who played marching tunes of hymns well known to Adventist Church members.

Participants were impressed by the number of people present, most of whom had their lives impacted by the Adventist education system.

“The values of Adventist Education, taught and lived in our Adventist schools, are second to none,” said Jackson Miake, Vanuatu Internet Governance Forum director and former Aore Adventist Academy student. “I am a proud product of Seventh-day Adventist education.” 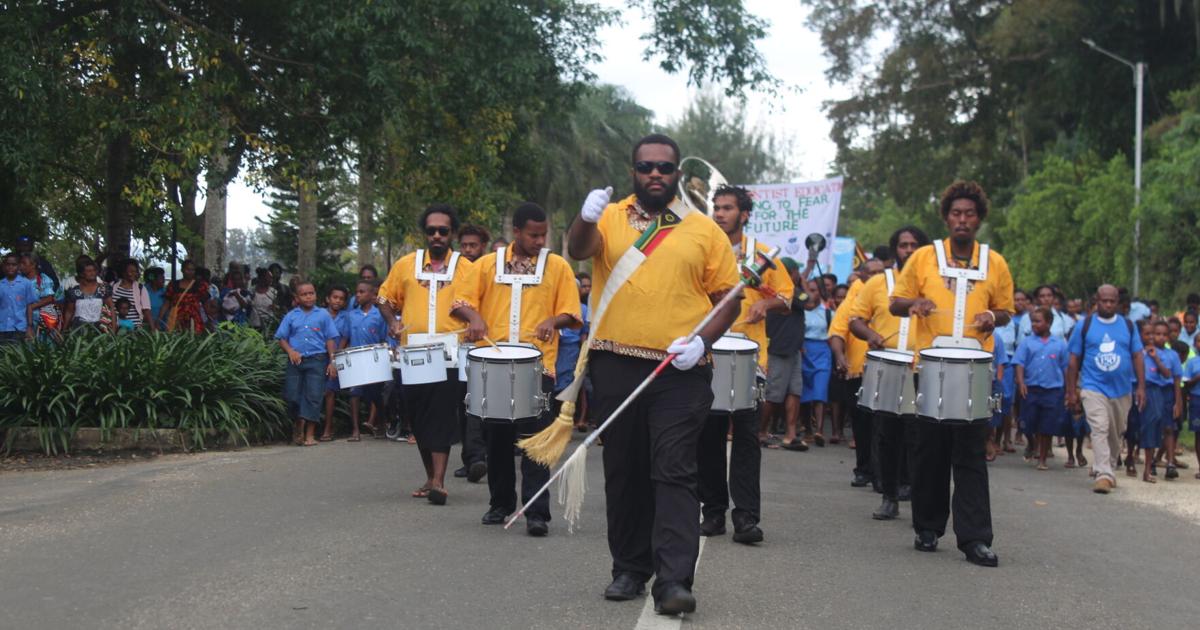 Continuing the celebrations on Sabbath, August 13, a special program emphasised how God leads his people through the ages. Educators and pioneers who have served as staff members, teachers, and school administrators in various schools over the years were honoured with a Certificate in Honour of Service and a Medal of Recognition.

“Back then, we had to wait for three months to receive our salary due to transportation issues,” shared one of the honoured educators, “but we had nothing to fear because the God of yesterday is the same today and tomorrow.”

Pastor Nos Terry Mailalong, former Vanuatu Mission president, highlighted the positive impacts of Adventist Education on students as “many of them have become church leaders in their respective communities across Vanuatu.”

For Leah Mahit, Olwie Primary School principal and a Fulton Adventist University College (FAUC) graduate, choosing an Adventist education was the best option for her future. “I had several opportunities to attend other schools, but I chose to attend an Adventist school. In 2018, I was accepted by FAUC, although with not much finance in savings. God provided for my financial needs, and I give back the glory to Him for Adventist educational institutions.”

The day ended on a positive and emotional note as Pastor Charlie Jimmy, VM president, reinforced the commitment to God’s command to “be strong—be very courageous as we continue to uphold biblical and eternal values in our schools, especially for these last days.”